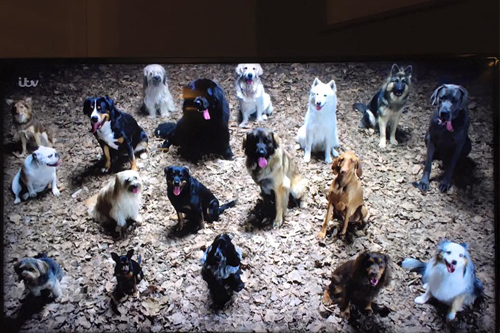 In the summer of 2016, we were approached to take part in filming for ITV’s The Secret Life of Dogs. Our challenge was to find 30 different breeds to take part in the filming, showing the diversity of dogs and how they all evolved from the Wolf. A busy morning’s filming took place at Halliford Studios with all the dogs and handlers working very professionally in an environment so alien to the dogs, we were so proud of you all. Additional scenes showcasing TDAH dogs were also filmed for the 3 part series which which aired in February 2017.